The Origin of Chess

The Origin of Chess is Obscure: Where did chess come from?  Was it invented by a single person or did it evolve over time? Many eminent chess historians have been fascinated by these questions.  While there is considerable controversy over the facts, the most widely accepted scenario is that chess appeared in India around 600 A.D., was adopted in Persia around 700 A.D., and was absorbed by Arab culture around 800 A.D.  The Arab / Muslim influence was responsible for its later introduction into other cultures.

The Evidence for Early Chess: There is no confirmed physical evidence from the early days of chess.  No chessboards or complete chess sets have been found.  Some objects excavated by archaeologists might have been early chess pieces, but they might just as easily have served a purpose that had nothing to do with a game.  The evidence that we have is taken from literature, and even that is subject to interpretation.  Does a certain word translate as ‘chess’, as some other board game, or as something else entirely? 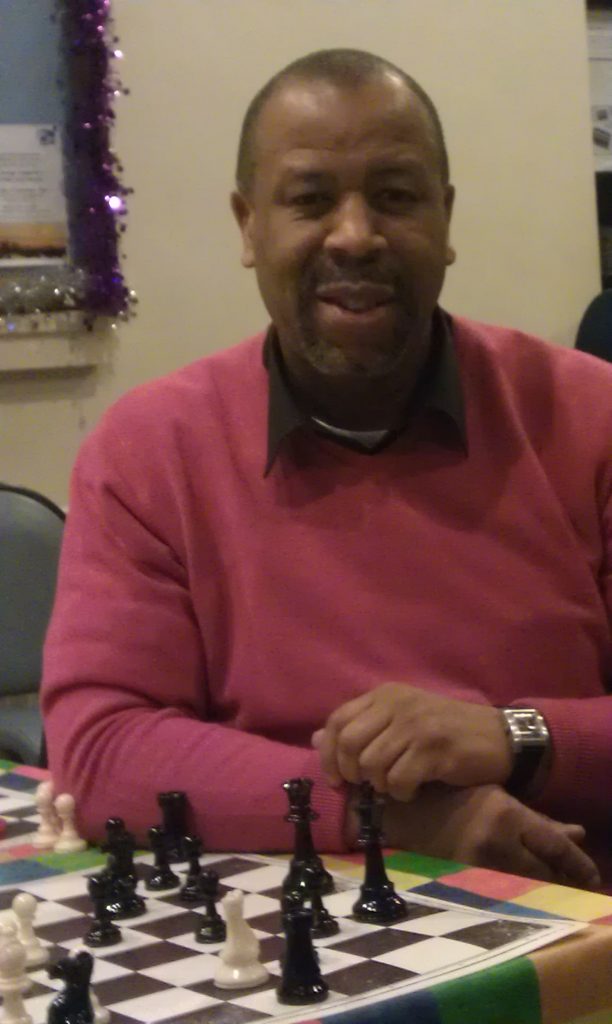 The Early Chess Historians: Many chess players know Sir William Jones (1746-1794) as the author of  ‘Caissa’, a poem composed in 1763.  He was also an accomplished linguist; knew Arabic, Persian, and Sanskrit; and while living in India, published a paper ‘On the Indian game of  Chess’ (1790), which identified India as the birthplace of chess.  Later, Duncan Forbes (1798-1868), a professor of oriental languages, published ‘The History of Chess’ (1860), confirming his theory of India as the birthplace 5000 years earlier.

Harold James Ruthven Murray (1868-1955) : Forbes’ work was soon shown to be riddled with errors, and the integrity of his scholarship was called into question.  The task fell upon H.J.R.Murray to consolidate and verify the work of his predecessors : Thomas Hyde (1636-1703), Jones, Forbes, Antonius van der Linde (1833-1897), and Tassilo von der Lasa (1818-1899), among others.  Murray’s 900 page ‘History of Chess’ (1913) was based on 14 years of research using original material from the best chess libraries, translated by specialists.

Murray Established the Baseline for Future Investigation: Murray’s monumental work was supplemented by ‘A History of Board Games other than Chess’ (1952) and, to be more accessible for non-scholars, ‘A Short History of Chess’ (1963).  He quoted Daniel Willard Fiske (1831-1904), ‘Before the seventh century of our era, the existence of chess in any land is not demonstrable by a single shred of contemporary or trustworthy documentary evidence… Down to that date, it is all impenetrable darkness.’  After that date, it is all interpretation of the record.

India – Chaturanga: It is not surprising that the earliest evidence of chess is also the murkiest. Forbes believed that the game called chaturanga, which means ‘quadripartite’ in Sanskrit, referred to a four-player version of the game using dice and was mentioned in the Puranas, which he dated to 3000 B.C.  Murray showed that the four-player version came after the two-player version, discarded the notion of dice, and refuted the dating of the Puranas.  This left literary evidence pointing to 620 A.D.

Persia – Chatrang: The period of the Persian Empire relevant to the origin of chess, was known as the Sasanian dynasty or the Sassanid Empire and ruled Iran for over four centuries.  One chapter of the ‘Shahnama’ (‘Book of Kings’), describes how the Raja of Hind (India) sent the game via an emissary to King Nushirwan.  The same chapter relates the legend of the invention of chess following a civil war between the two sons of a Queen.  The game is also mentioned in the ‘Karnamak’ (‘Book of Deeds’).

Arabia – Shatranj: After the death of the Prophet Muhammad in 632 A.D., one of the world’s great conquests spread out from Arabia.  By 656, the Persian Empire had been conquered by the Moslem Empire.  Even though the status of chess was uncertain in the codes established by the Koran [Quran], chess flourished in the Moslem world.  The great culture of early Islam gave us the first works of chess literature, first recorded the names of early chess players, and spread the game as far as Spain.

Early Shatranj Players: The chess (shatranj) player as-Suli (d.946) was the strongest player during the reign (902-908) of Abbasid Caliph al-Muktafi of Baghdad.  His strongest student was al-Lajlaj (‘the stammerer’; d.970).  In 988, Ibn an-Nadim wrote of the earliest known chess match, between al-Adli and ar-Razi, during the court of Caliph al-Mutawakkil (847-861).  As-Suli, who wrote about the history of the Abbasid caliphate as well as about chess, mentioned that match plus the even earlier players Rabrab and Jabir.

Myths, Legends, and Theories: Before these historical personalities of the 9th and 10th centuries, we have only myths and legends.  The ‘Shahnama’ tells us that Bozorgmehr, the vizier of King Nushirwan, deduced the secret of the riddle (‘To find out how that goodly game is played, To find out what the name is of each piece, The way to move it and its proper square, To find out footman, elephant, and host, Rukh, horse, and how to move wazír and king’) and described the game of chess.   • It also tells us how chess was used to explain the death of a Queen’s son Talhand at the hand of her first son Gav (‘Once on a time there lived a king in Hind…’).

Another legend is how the inventor of chess asked only to be paid by a grain of cereal, doubled on each of the 64 squares of a chessboard.    It is unknown whether it is Arabic, Persian, or earlier.

The references to chess in Indian literature are only in passing. • From the ‘Vasavadatta’ by Subandhu (~600 A.D.): ‘The time of the rains played its game with frogs for chessmen which yellow and green in color, as if mottled by lac, leapt up on the black field squares’. • From the ‘Harshacharita’ by Bana (~625): ‘under this king only bees (shatpada) quarrel in collecting dews (dues), the only feet cut off are those in meter, only chess boards (ashtapada) teach the positions of the chaturanga (army or chess)’.  • After these, there are no Indian literary references to chess until the ninth century.

These brief references from India, together with the lack of archaeological evidence, leave a flimsy theoretical foundation for India as the birthplace of chess.  It is no wonder that historians have tried to identify other cultures, most notably China, as a more likely birthplace.  Here the evidence is even flimsier and the theory fails to reconcile other accepted facts about the relationship between Chinese chess and Western chess.